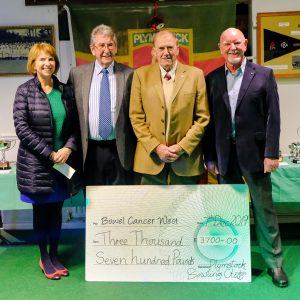 Plymstock Bowling Club have a tradition of given their Club Captain the choice of a charity which they would like to support throughout their year in office.

Diagnosed with Bowel Cancer in 2007, and still around to tell the tale, he had no hesitation in nominating Bowel Cancer West as the charity he wanted the club to support.

During his year, with the help of all club members and supported by their Shanty Group “The Grumpy Old Men” they raised an “AMAZING” £3700.00

This was presented to representatives of Bowel Cancer West at the club’s Lawn Bowls Presentation Evening on 7th December. 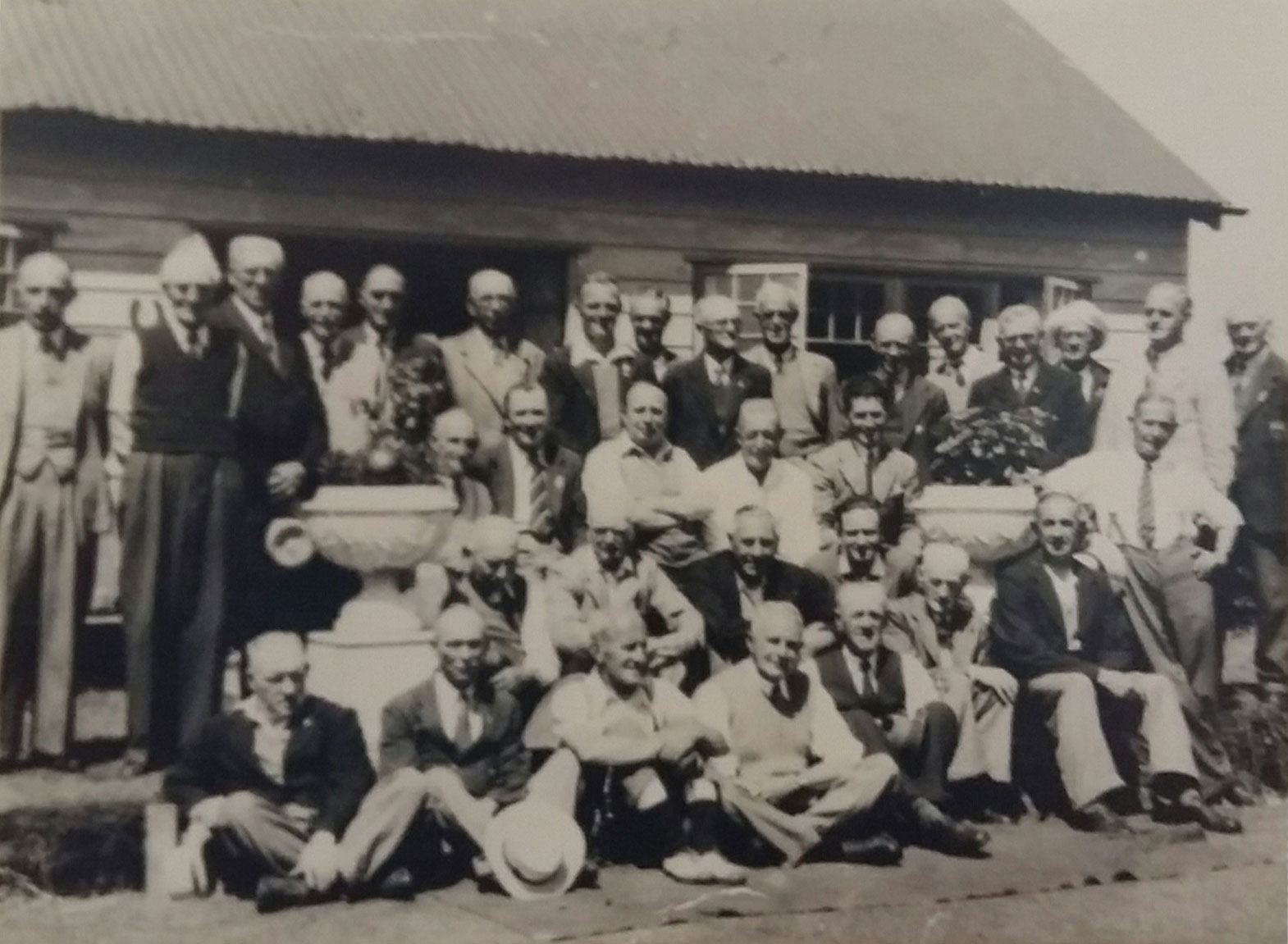